Steven, Stephanie (Steven’s awesome little sister) and I met today for another BWF sesh! First we made Snickerdoodles, which was a first for both Steven and Stephanie but it was a success! EXCEPT, that the dough is a bit sticky so use an ice cream scooper to make the dough balls before flattening them out so it does not get stuck all over your fingers, like it did for Stephanie! Absolutely delicious though! 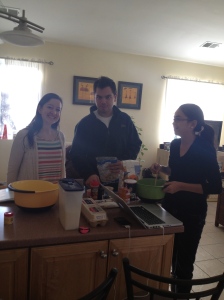 Preheat the oven to 375 F. Line 2 cookie sheets with parchment paper. Combine the flour, baking soda, cream of tartar, and salt in a medium bowl; set aside. Beat the butter and brown sugar until fluffy. Beat in the egg and vanilla. Gradually add the flour mixture to the butter mixture until well mixed. Stir the sugar and cinnamon together in a small bowl. 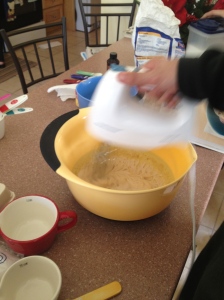 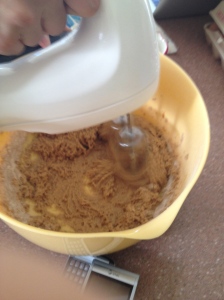 Shape the dough into 2-inch balls. 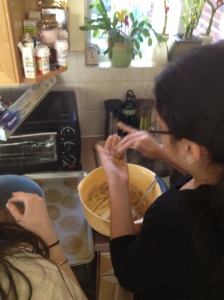 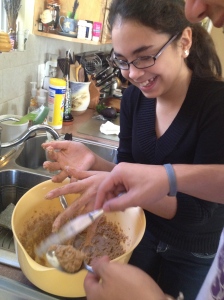 Roll the balls in the sugar-cinnamon mixture. 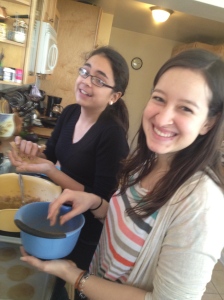 Place the balls on the cookie sheets 2 inches apart and lightly flatten them. 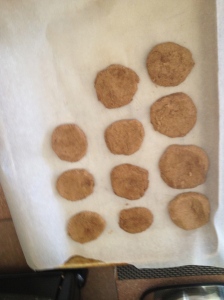 Bake for 12 to 14 minutes, until light golden. Transfer to a rack and top with additional cinnamon sugar. Let cool.

Baking is a joy that can be shared with the people you love! View more posts